at 04.17
Legends Never Die, the first posthumous album from Juice WRLD, is out now. 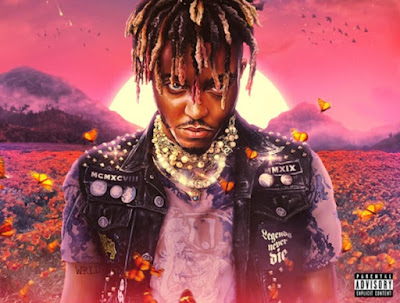 The new album marks the follow-up to Juice's 2019 sophomore project Death Race for Love, which included the singles "Robbery" and "Hear Me Calling" and was packaged with Twisted Metal-inspired cover art. Back in January, a collective statement from Juice's family and friends provided an update on plans regarding the continuation of the artist's legacy following his tragic death at the age of 21.
"You guys meant the entire world to Juice and by listening to his music, watching his videos, and sharing your stories about him, you are keeping his memory alive forever," Juice's family and friends told fans at the time, adding that plans were in motion to honor Juice by sharing unreleased music "and other projects." 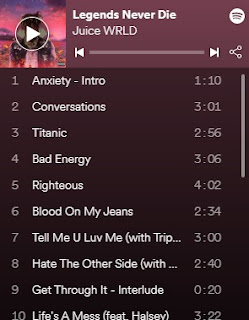 Stream Legends Never Die below via Spotify.
Following the release of the Halsey-featuring Juice WRLD track "Life's a Mess,' Lil Bibby asked fans if more songs should be added. This inquiry was met with a predictably enthusiastic response, prompting Bibby to tease a forthcoming deluxe edition:

Damn it seem like y’all really want more songs on the album so ima give y’all what y’all want cuz I know juice would probably do the same. I see the list and recommendations of the songs y’all want too so if we go crazy on the first week then ima give y’all a deluxe too. Deal?